When one ethnic group or historical collectivity dominates, excludes or tries to eliminate another group based on their differences on biological entities called races, racism exists. Intolerance, on the other hand, is a general lack of respect for anything that comes from other than one’s own.

Before the Middle Ages, there was no evidence of racism, but during the Modern period, an ideological basis for explicit racism came to fruition in the West. Official sanctions, such as one from the sixteenth century Spain, when Jews were expelled from the Iberian Peninsula, made their descendants become victims of pattern of discrimination and exclusion. During the periods of the Renaissance, the Europeans came into contact with people of color from Africa and Asia, which undoubtedly left a mark in history. During the Enlightement, ethnologist came to a believe that humans are a part of the natural world and devided them into three to five races, which were considered as varieties of a single human species. The nineteenth century was an age of nationalism and imperialism, which definitely contributed to the growth of ideological racism and cultural intolerance in general. The climax of the history of racism in the twentieth century came in the form of so called overtly racist regimes. Racial segregation in the American North, extreme racist propaganda and similar phenomenon made the picture even worse, which climaxed during the period of Second World War and Nazi Germany. The one racist regime that survived after this period was the South African in 1948. The laws passed banning marriage and sexual relations between different races, which lead to the obsession with race purity. 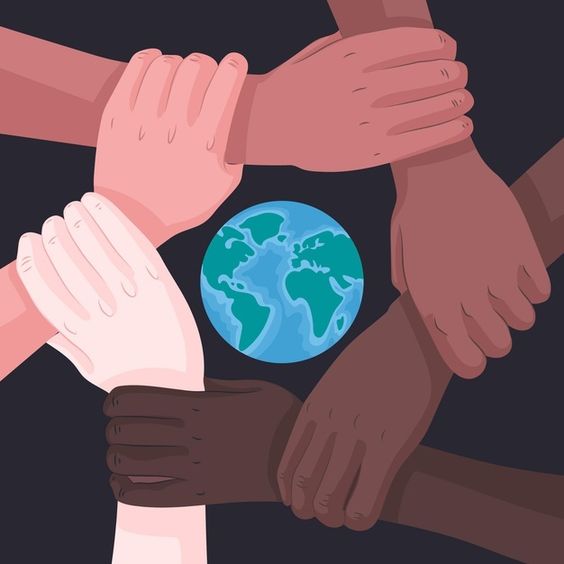 There have been some initiatives in different countries to address and combat racism, but for the most part they are partial. They fall short of the comprehensive evidence-based approaches needed to dismantle the entrenched structural, institutional and societal racism that has existed for centuries, and continues to inflict deep harm today. The report notes that poor outcomes continue for people of African descent in many countries, notably in accessing health and adequate food, education, social protection, and justice - while poverty, enforced disappearance and violence continues. Ending racism has become a central component of the global effort to advance health and other human rights. We must engage meaningfully with those most affected, towards transformative and lasting change for racial justice and substantive equality and to realise the 2030 Agenda for Sustainable Development at the universal level.

In 2002 Declaration and Programme of Action was published by the United Nations Department of Public Information and the problem was tackled on the World Conference Against Racism, Racial Discrimination, Xenophobia and Related Intolerance. It is pointed that we should emphasize the importance and necessity of teaching about the facts and truth of the history of humankind from antiquity to the recent past, as well as of teaching about the facts and truth of the history, causes, nature and consequences of racism, racial discrimination, xenophobia and related intolerance, with a view to achieving a comprehensive and objective cognizance of the tragedies of the past. International Convention on the Elimination of All Forms of Racial Discrimination is based on the principles of the dignity and equality inherent in all human beings, and that all Member States have pledged themselves to take joint and separate action, in co-operation with the Organization, for the achievement of one of the purposes of the United Nations which is to promote and encourage universal respect for and observance of human rights and fundamental freedoms for all, without distinction as to race, sex, language or religion, considering that the Universal Declaration of Human Rights proclaims that all human beings are born free and equal in dignity and rights and that everyone is entitled to all the rights and freedoms set out therein, without distinction of any kind, in particular as to race, colour or national origin. On 23 December 2013, the General Assembly proclaimed the International Decade for People of African Descent commencing 1 January 2015 and ending on 31 December 2024, with the topic “People of African descent: recognition, justice and development.