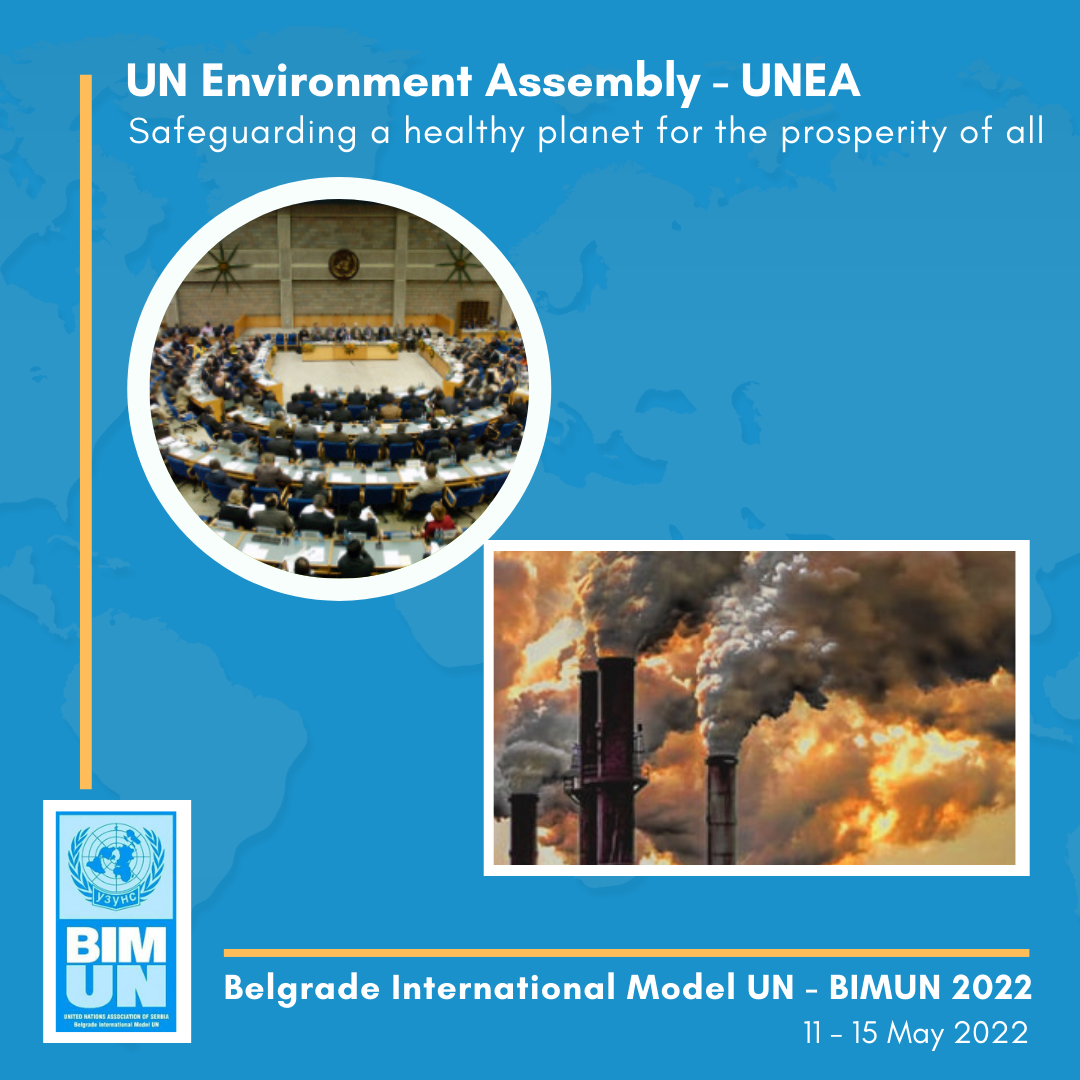 Safeguarding a healthy planet for the prosperity of all

Climate crisis the world is currently facing has been affecting us all  and has been reshaping our present and future. Yet, not everything is lost. As  the UN General- Secretary António Guterres stated “the climate emergency is a race we are losing, but it is a race we can win”.

Rising temperatures, natural disasters, weather extremes, food and water insecurity, the rise of the Sea level, energy crisis, the Arctic that is melting and species that are dying have been making historical reports.

After the COP26, the High Level Dialogue on Energy, UNEA 5.2, and UNEP@50, Stockholm+50 high-level meeting will present an opportunity to commemorate 50 years since the 1972 United Nations Environment Program was created  and to accelerate the transformation to a sustainable future with a view of delivering on the 2030 Agenda.

The Earth is wrapped in a layer of greenhouse gases. This layer, like a blanket keeps the Earth's orb warm, protecting it from the cold universe - this phenomenon is better known as the greenhouse effect. Carbon dioxide is the main driver of the greenhouse gas effect that is released through the uncontrolled burning of fossil fuels-coal, oil and natural gas that cause climate change. Recycling of waste materials, wastewater, and wasted energy is a locally available and highly desirable means of reducing greenhouse gases.

Many are concerned whether recycling is economically viable - historically, increases in waste generation have had a clear statistical relationship with gross domestic product per capita: the stronger the economy, the more waste. Yet some countries have successfully decoupled economic growth from waste.

So where is the key? Is it in modern technologies and their implementation in both countries in development and developed ones? Benefits from technology and innovation for conserving and reusing materials, water, and energy are growing and are likely to make an enormous difference in decreasing climate impacts from waste.

Climate impacts in the waste sector are projected to rise by another 20 percent by 2030, so who plays the main role in minimizing the impact?

Sustainable Energy for Everyone

Ensuring affordable, reliable, sustainable and modern energy for everyone is the key to phasing out coal and limiting temperature rises as well as achieving Sustainable Development Goal 7. SDG target 7.2 is defined as a substantial increase in the share of renewable energy in total final energy consumption (TFEC). The use of renewable energies increased rapidly during the last decade, especially energy used for generating electricity, largely due to the expansion of wind and solar technologies. With the rise in energy demands, the share of renewable energy in TFEC stays only 17 % despite the increase in its use.

As a result, the question that arises is: How can governments ensure sustainable and affordable modern energy for the most vulnerable communities?

Impact of climate change on the society and biodiversity

Climate change with time has been overboarding its impact on societies. Increased emissions of carbon in the atmosphere are affecting the way societies function. Therefore the world has come to a completely new phenomenon, and those are climate migrants. In particular, developing countries are more likely to have an increased number of climate migrants. Droughts in rural areas are forcing people that before were supporting families with agriculture, to move to the cities where life expenses are much higher.

Firstly, all human activity is ultimately reliant on natural resources, such as air filtration, carbon storage, but most importantly production of food. Loss of biodiversity would cause many ecosystems to crash and no longer be able to deliver above-mentioned benefits needed for humankind. While Earth's biodiversity is so rich that many species have yet to be discovered, many species are being threatened with extinction due to human activities, putting Earth’s biodiversity at risk. As we all know biodiversity is the biological variety and variability of life on Earth.

Why is biodiversity important to us? Biodiversity underpins the provision of food, fibre and water; it mitigates and provides resilience to climate change; it supports human health, and provides jobs in agriculture, fisheries, forestry and many other sectors. An area with good biodiversity will have many different forms of life, but it is very much threatened. There are five main threats to biodiversity, according to scientists. Main threats are: change in land and water use, overexploitation, climate change, pollution and invasive species.

It is important to add that the UN is working hard on making a better and healthier environment and ecosystem for everyone. Of great importance is the Convention on Biodiversity. The Convention on Biological Diversity (CBD) is the international legal instrument for "the conservation of biological diversity, the sustainable use of its components and the fair and equitable sharing of the benefits arising out of the utilization of genetic resources" that has been ratified by 196 nations.

Finally, inaction on biodiversity loss has a negative effect on the economies. From 1997 to 2011, the world lost an estimated USD 4-20 trillion per year due to disturbance of the ecosystems.

All things considered, Sustainable energy is one of the key factors in fighting climate change. Switching to greener energy resources would help mitigate floods, storms, droughts, and other extreme weather events induced by rising temperatures. So far technology that is required to convert the globe to a totally sustainable energy system by 2050 has been developed. If we reach this goal, this will mean that the Earth will stay below the 1.5° Paris global warming target. However, it is necessary that green technologies are available to less developed countries as much as they are to the economic-leading nations. Additionally, sustainable energy may also result in less pollution. The effects of pollution and climate change are worse in developing countries. Disturbing  report of the World Health Organization(WHO) states that 93 percent of the world’s children breathe toxic air every day. According to the report, 1.8 billion children breathe air that is so polluted it puts their health and development at serious risk.

In the end, the only question we should ask ourselves is  how can we make all these statistics and future predictions on pollution, climate change and nature destruction less frightening so we can save the planet for the prosperity of all?