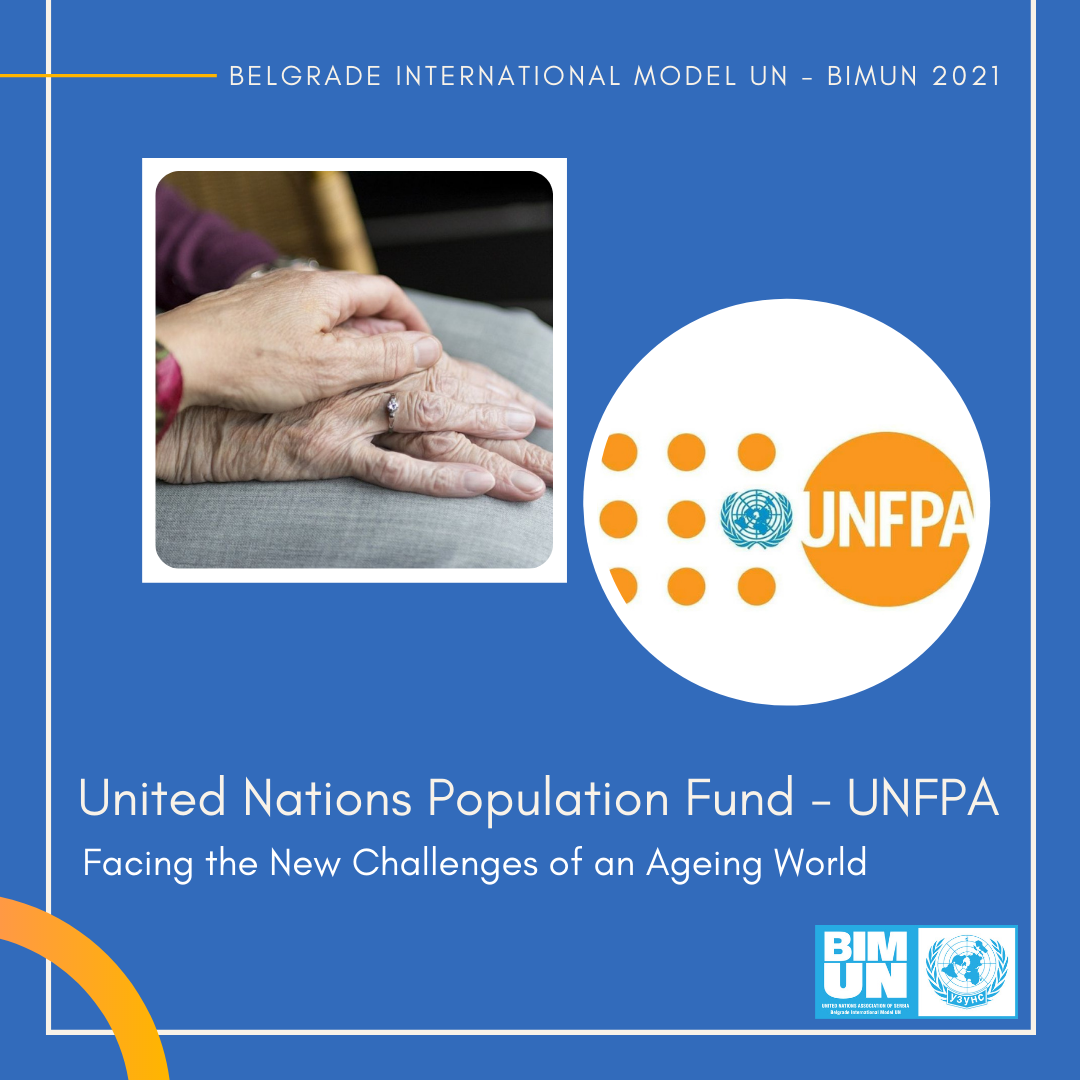 FACING THE NEW CHALLENGES OF AN AGEING WORLD

One of the most important demographic issues during the 21.century is the ageing of the world’s population. Currently one in nine persons in the world is aged 60 years or over and by the year 2050, these statistics are expected to increase to one in five. Population ageing is no longer a phenomenon that is hitting specific countries, it has become a world’s issue that is happening across the globe at various levels of development. However, population ageing is progressing more rapidly in developing countries. In addition, two-thirds of older persons live in developing countries, and in almost all societies women form the majority of them. Today, for every 100 women aged 60 or over worldwide, there are just 84 men. For every 100 women aged 80 or over, there are only 61 men. Older women are more vulnerable to discrimination and that is leading to their lower standard of life, no job, and health care access, making them socially and economically insecure. Population ageing is recognized as a global issue of increasing importance, and has manyimplications for health care and other areas of social policy.

The future paths of population ageing result from specific combinations of declining fertility and increasing life expectancies in different parts of the world. On the one hand population ageing is a human success story, a reason to celebrate the triumph of public health, medical advancements, and economic and social development over diseases, injuries and early deaths that have limited human life spans throughout history. But, on the other, we should assume that population ageing itself will strain and cause a burden to health and social care systems. The number of people over the age of 60 is projected to reach 1 billion by 2020 and almost 2 billion by 2050, representing 22 percent of the world’s population. The elderly population itself is also growing older, and the 80 and older population is the fastest-growing group among the elderly. So, the elderly population are not only growing rapidly in absolute numbers, but have also become substantially healthier. This phenomenon started in high-income countries (e.g. in Japan 30% of population is older than 60), but now, also in low- and middle-income countries. All regions will see an increase in the size of their older population between 2021 and 2050, especially Europe.

If these added years are dominated by declines in physical and mental capacity, the implications for older people and for society are more negative. A rise in the elderly population, particularly if not matched by health improvements, will place a great pressure on the public finances, health institutions, social care and pensions. Preparing for the economic and social shifts associated with an ageing population is essential to ensure progress towards the achievement of the Sustainable Development Goals (SDGs) included in the 2030 Agenda for Sustainable Development. One popular view envisions global aging as upcoming catastrophe, as populations consist of frail, retired elderly who drain pension and social security funds, overwhelm health care systems, and rely for support on a dwindling working-age population. The elderly population itself is also growing older. The age group of people having 80 or more years is the most increasing one. Levels of illness and disability among this group far exceed those for other age groups, and thus the needs of this group are likely to increase substantially in the 21stcentury. Among the world's regions, Europe has the highestproportion of population aged 65 and over and should remain the global leader in this category well into the 21st century. However, other regions of the world will begin to age much more rapidly in coming decades. Having in mind that aging problems are still relatively poor, and that they have to be solved simultaneously with many other development-related issues, we can conclude that developing countries will be affected by this problem the most.

The health levels among the growing number of older adults have real and potentially significant cost considerations for health and pension systems. Despite considerable interest in the negative impact of aging on population health and public coffers, the contributions to society would likely outweigh burdens if adults reach older age healthier. However, the current evidence about whether older adults are physically and cognitively healthier than preceding generations is mixed. The potential shortage of workers is also seen as one of the problems as more and more elderly and infirm people need to rely on a younger population that is declining. Many developed countries have started to adjust pension and health-care programmes to make them sustainable for future generations. Providing incentives to motivate older persons to stay in the work force longer appears an effective and realistic response to the income security problem.

Finally, population ageing isn’t taking place in isolation. Other broad social changes aretransforming society and these, in turn, are interacting with ageing to influence social and intergenerational dynamics. Understanding the interplay between these trends is crucial if policymakers are to make the best decisions to promote the health and wellbeing of older people.