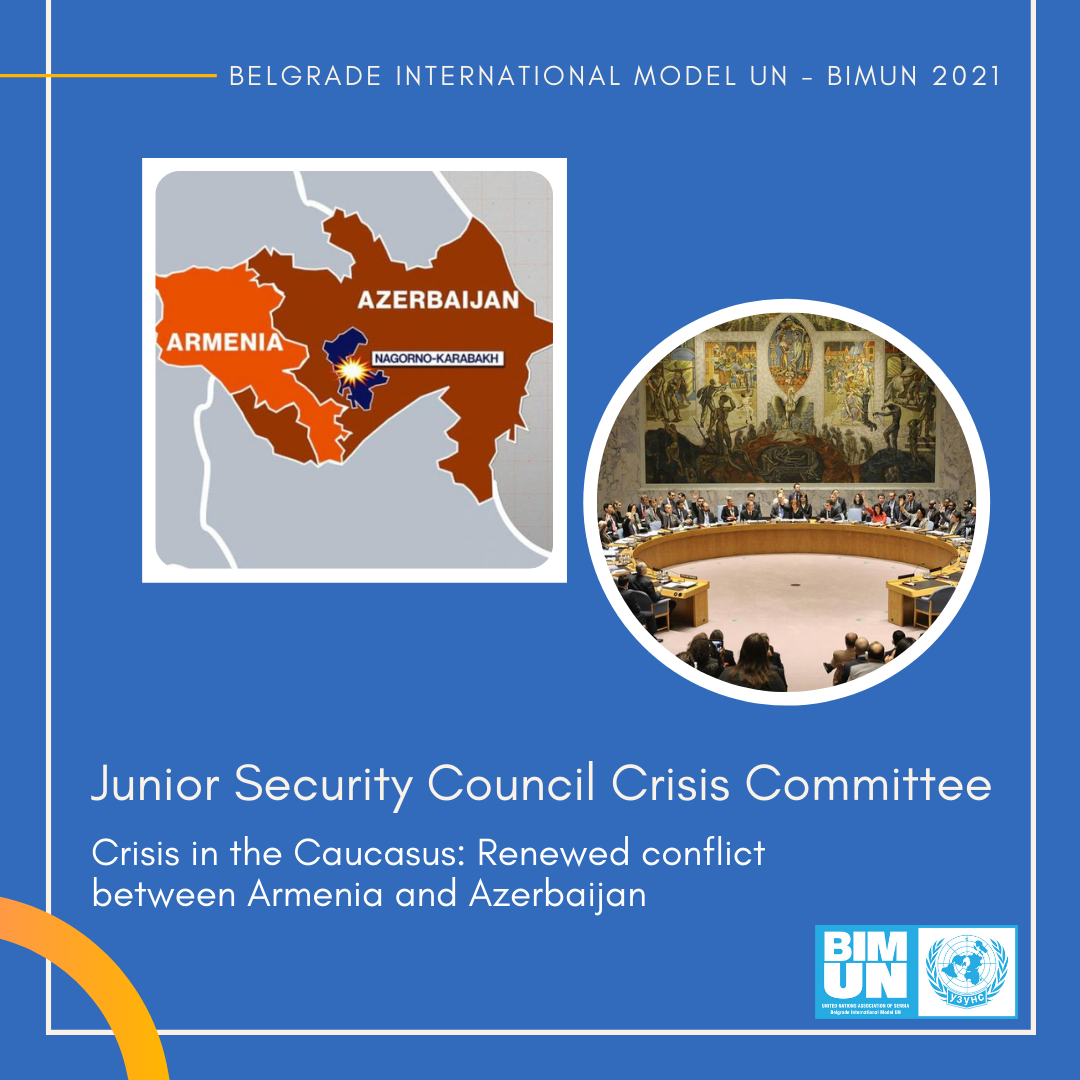 Crisis in the Caucasus: Renewed conflict between Armenia and Azerbaijan

Introduction
The Armenian–Azerbaijani conflict has a long history, spanning across multiple periods of independence of these two nations. Here we’ll focus on the most important period, that being the 20th century. After the collapse of the Russian Empire in the wake of the First World War, many of the ethnic groups that were part of the Empire proclaimed independence. The Caucasus was no exception, and Armenia and Azerbaijan, now independent, started almost immediately having border disputes and clashes. This period, which lasted two years, saw an intense conflict over the area, which included many foreign players (the British, the Ottomans and the Soviets). The conflict was very bloody, with many massacres of the civilian population at the hands of the warring sides (Shusha massacre of Armenians by Azerbaijanis in Nagorno-Karabakh probably being the most notable). The conflict ended by an invasion of both parties by Soviet Russia (Russian Socialist Federative Soviet Republic) and formation of Soviet puppet governments in both counties, while Nagorno-Karabakh ended up in Azerbaijan, following an Armenian revolt in 1921.

During the collapse of the USSR, the conflict reignited, with the war officially starting in 1988 and lasting for six years until 1994, when the conflict ended in Armenian victory and when the Bishkek Protocol was signed. This left the area as an unrecognized self-proclaimed (Armenian) republic. The nature of the conflict is not just ethnic, the conflict is also connected to the deep religious divide present in the region; majority of Armenians are Christians, while majority of Azerbaijanis are Muslims. The conflict never fully ceased, and major clashes happened in 2008, 2010, 2012, 2014, 2015, 2016, 2018 and finally, most recently in 2020. The 2020 Nagorno-Karabakh ceasefire agreement set the current lines of control in the area.

Interests of involved parties
The Nagorno-Karabakh clashes have the potential to draw in larger powers — in particular Russia and NATO member Turkey, two countries that already support opposing sides in Syria and Libya.

Turkey has long been a staunch supporter of Azerbaijan: Ankara and Baku share close cultural ties, given their shared Turkic heritage. Meanwhile, Turkey and Armenia have a long history of tensions, exacerbated by Ankara’s refusal to recognize the 1915 Armenian genocide as well as the Nagorno-Karabakh conflict. The latter prompted Turkey to seal its border with Armenia in 1993, which has remained shut ever since. The two countries do not have diplomatic relations.

Russia plays a more ambiguous role in the region, maintaining close economic ties with Armenia and Azerbaijan and supplying weapons to both. Its relationship with Yerevan is deeper, however — Armenia hosts a Russian military base and is part of the Moscow-led Eurasian Economic Union.

Then there’s the region’s role in the global energy trade: The pipelines connecting Azerbaijan with Turkey are crucial for the European Union’s oil and natural gas supply — and pass close to Nagorno-Karabakh.

Recent events and their importance for the topic
The period from 1994 until 2008 has been quite peaceful, with occasional combats and clashes. However, tensions have risen in 2008 with the Mardakert clashes happening almost immediately after the 2008 Armenian elections. This clash was marked as the heaviest conflict between these two nations since the 1994 ceasefire.

With the Mardakert clash being the trigger, various other clashes have happened in this “newes period of the Nagorno-Karabakh conflict.

The year of 2020, with a deadly pandemic and mutual intolerance and hatred between Armenia and Azerbaijan, lead to the 2020 Nagorno-Karabakh war.

On September 27th, after a series of clashes in Nagorno-Karabakh, Armenia declared martial law and mobilisation. Azerbaijan answered by declaring martial law and establishing curfews in several regions. The fighting has ended on November 10th, with a Russian peace deal that stated for Armenian forces to return all occupied territory to Azerbaijan (outside of the former Soviet Nagorno-Karabakh Autonomous Oblast). There are currently Russian and Turkish peacekeepers in the region. The number of casualties has been stated to be the worst since 1994.

Conclusion
The Nagorno-Karabakh conflict has been ongoing for decades and is an enormous threat to international peace and security.

This conflict has not only been happening because of disputed territory, but because of regional, religious, economic, political, and ethnic matters.

This topic is very interesting, because some of the world’s top political, economic and military players have a very clear position regarding the topic. Not only is Russia (a P5 Member State) playing a big role in the region ever since the start of the conflict, but NATO member Turkey as well.

As a delegate, it will be tough, but very interesting, to try and solve this long lasting conflict. Not only is there currently an ongoing COVID-19 pandemic, but world’s top economies have shifted drastically, and there have been major political position changes all over the world.

We hope to see you in Security Council Crisis Committee on BIMUN JUNIOR 2021!