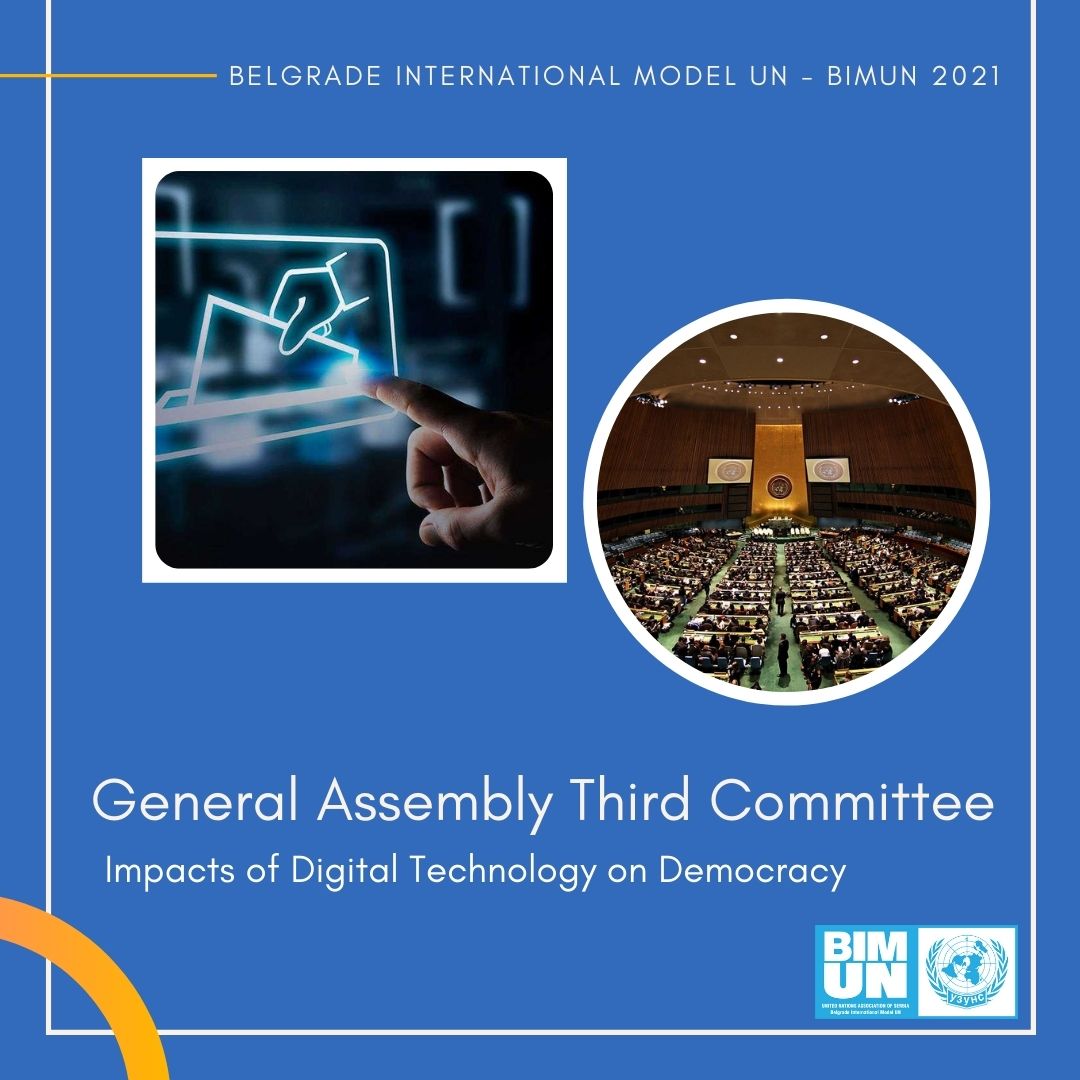 Impacts of Digital Technology on Democracy

Digital democracy or e-democracy, refers to the various ways by which electronic platforms can engage and secure the wider and more informed participation of the public in the political environment. It encompasses social, economic and cultural conditions that enable the free and equal practice of political self-determination.

A distinct body of ideas forms the backdrop to e-democracy in both theory and practice. During the 1980s many sociologists and political scientists reconsidered the concept of community. The  idea  of e-democracy was  first proposed by  scientists  from  the  United  States  and  Great  Britain,  implying  the  use  of  new information  technologies  to  protect  and  develop  basic  democratic  values,  citizens' participation in the decision-making process by the authorities. The final theoretical inspiration for e-democracy is Jürgen Habermas’s concept of the public sphere: an idealized autonomous sphere of communication in which citizens can freely engage in reasoned debate away from the controlling influence of the state, large media corporations, and structures of social inequality.

Ever since widespread implementation of modern technology began, it has brought unimaginable amounts of innovation and prosperity in many extremely diverse fields. Democracy is not an exception to this phenomenon.

Digital technology in the modern ages has the capacity to better and revolutionize democracy as we know it today. The implementation of digital technology into democracy has substantially improved citizens’ ability to exercise their rights to freedom of expression and association, to participate in civic life, and to hold public officials accountable, as well as the state’s ability to hold free and fair elections. Recent technological advances also have helped shed light on and work towards putting an end to human rights abuses committed across the world.

Digital technology also works as a tool to improve international affairs and collaboration. Internet governance serves a crucial role in protecting human rights and sustaining healthy democracies across the globe. The internet was founded on principles of decentralised self-organisation and trans-border information flow and is run mostly by private actors as a network of networks. These factors make it a crucial factor in keeping and improving positive relations across the globe.

Anti-democratic forces all over the world have learned to play the game and turn it to their advantage, and information technology is part of the problem rather than the solution. The reason stems from how we behave online, how that affects the quality of information, and the resulting impact on civic engagement.

On the whole, the Digital Age has not delivered on its promises. Technology itself is, of course, neutral – in fact, it provides plenty of opportunities to deepen our political engagement. But, on the whole, that’s not how it is being used. The way we choose to use technology every day is making us slaves to distraction and preventing us from engaging with politics in the real world.

Throughout history, democratic transitions have been caused mainly by technological advancements and the changes in socio-economic structures that technology encourages.

If there is enough accountability and implementation of democratic values, we can judge the impact of technology on democracies.

Questions for the debate: